Message on the Tragic War in Ukraine

By Matsui Kazumi Mayor of Hiroshima

As Mayor of the first city to be destroyed by an atomic weapon, I am deeply saddened to witness the horrible violence now underway in cities across Ukraine, as innocent civilians have once again become targets of war.

The entire world community has spoken out against this brutal aggression and the humanitarian catastrophe it has created, which the United Nations General Assembly has strongly and justifiably condemned.

On behalf of Mayors for Peace, a global network of over 8,000 member cities in 166 countries and regions, I wish to extend my deep personal condolences to all the victims of this tragic war and voice our hope for an early end to this carnage and for a peaceful reconstruction. 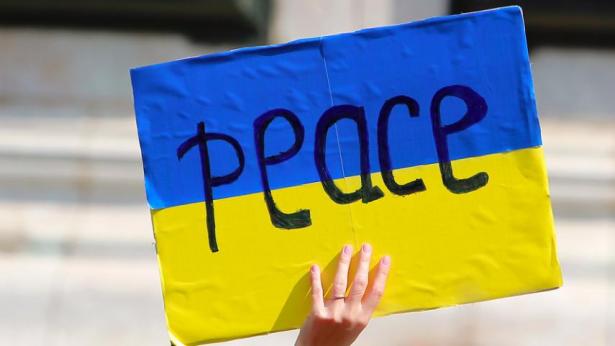 No city mayor — anywhere — can turn away from bombing, shelling, and tank attacks in densely populated areas — anywhere. We stand in solidarity with demands for a peaceful solution of this conflict through enlightened diplomacy. It is precisely during periods of armed conflict that dialog and diplomacy are most needed in restoring peace.

We are also dismayed to see now, new threats to use nuclear weapons, the most devastating of all weapons of mass destruction. Such threats have no place in a civilized world and are blatantly inconsistent with the Joint Statement of nuclear-weapon states just three months ago that a “nuclear war cannot be won and must never be fought.

In a similar light, let us agree that nuclear disarmament has become even more urgent. As we see these days, nuclear weapons embolden their possessor to wage a devastating war and cannot provide any security. The current sad events showcase how important and urgent a prohibition of nuclear weapons leading to the total elimination of nuclear weapons is. We must categorically reject all nuclear threats and highlight our concern about the humanitarian consequences of and the risks associated with such weapons.

To address these concerns, let us re-double our efforts to promote universal membership in the Treaty on the Prohibition of Nuclear Weapons and fulfillment of the disarmament obligations in the Nuclear Non-Proliferation Treaty. We have no time to lose.